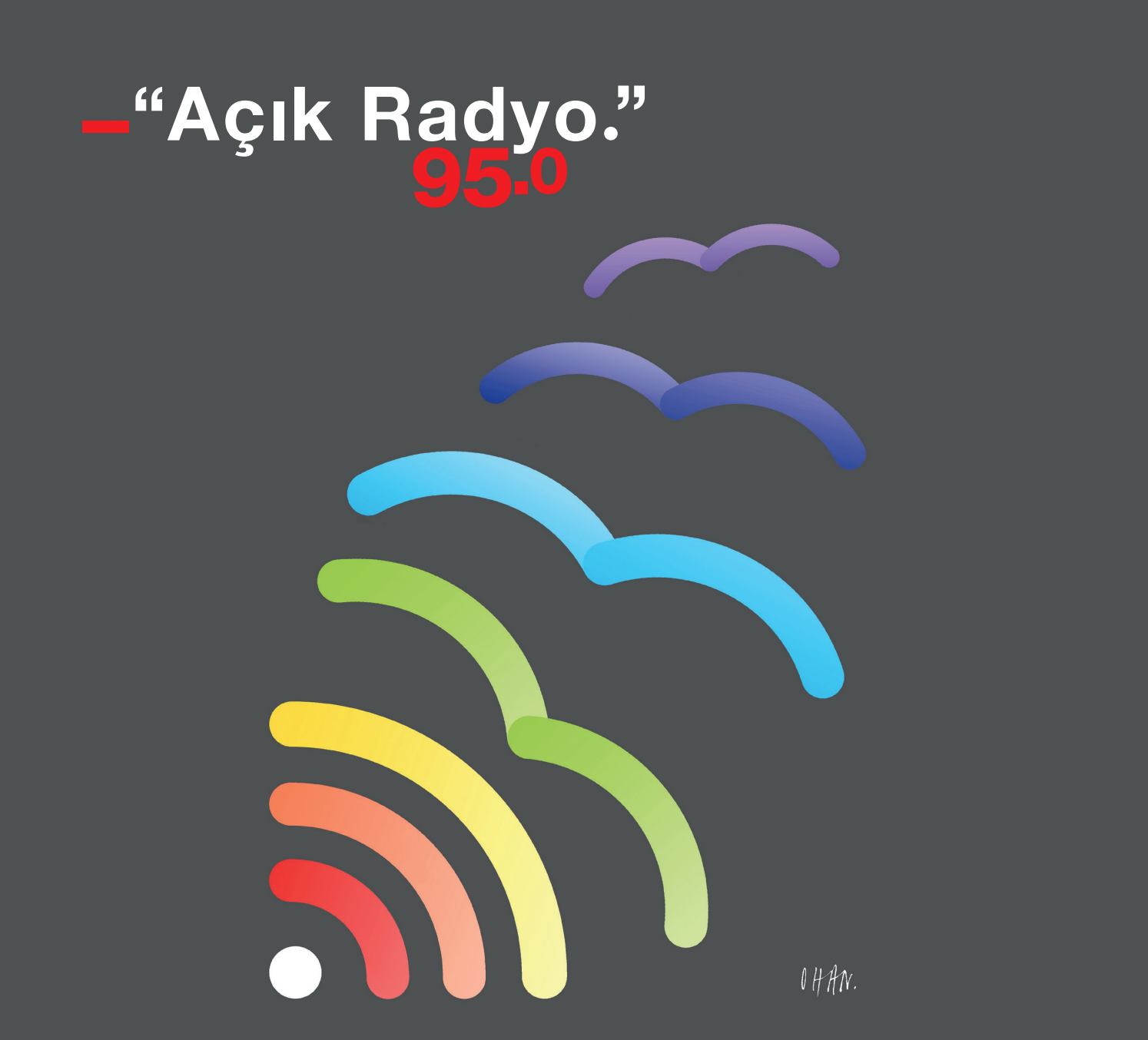 "Our Mission:To broadcast on the world's most urgent and important ecological, political, sociological, ethical and aesthetic issues, constantly adhering to the principles and values of urgency and fairness – thereby creating change for the common good."

It must be stressed primarily that Açık Radyo will not be dependent on any interest group or any capital group. Needless to say, it will be completely independent from the state, too. Our radio station will only be dependent on the principles of pluralist democracy, the rule of law, and the protection and promotion of universal human rights and fundamental freedoms. Thus, it will be a completely independent medium. We aim to be one of the rare independent institutions in the Turkish –and perhaps the global– media scene, which is being strangled under ever increasing pressure from both the state and from the concentration of ownership of financial power centers.

Now it’s April 1, 2022. Just like April Fool’s Day, isn’t it. After all those years those very same centers of power have fallen upon us ever more heavily everywhere. The progressive platform Common Dreams whose information, news, and analyses we have been trying to share with our listeners  over all those years shouts out:

We've had enough. The 1% own and operate the corporate media. They are doing everything they can to defend the status quo, squash dissent and protect the wealthy and the powerful. [Our] media model is different. We cover the news that matters to the 99%. Our mission? To inform. To inspire. To ignite change for the common good. How? Nonprofit. Independent. Reader-supported. Free to read. Free to republish. Free to share…

“Another shining example of this sharing behavior is DemocracyNow!, the World renowned dissident radio/TV broadcast platform. Our Açık Radyo (Open Radio) station has been sharing their news and commentary hour with our listeners every morning on weekdays since 11 years. Now, here is a bright definition of the commons from Democracy Now!:

Our reporting includes breaking daily news headlines and in-depth interviews with people on the front lines of the world’s most pressing issues. On Democracy Now!, you’ll hear a diversity of voices speaking for themselves, providing a unique and sometimes provocative perspective on global events.[…] As an independent news program, Democracy Now! is audience-supported, which means that our editorial independence is never compromised by corporate or government interests.

“As the Açık Radyo team we had delivered our global message on the universal principles we were aiming to reach on that unforgettable summer of 1995 – even one or two years earlier than these two great global news and information outlets: ‘Aims and Purposes: Açık Radyo, 94.9 FM, is a free and independent radio station, the fruit of a collective effort by about one hundred individuals from all walks of life. It is democratic as to its structure, working methods, and broadcasts. It strives to promote the protection of fundamental human rights and basic freedoms universally […] lays great emphasis on cultural matters and tries to broadcast widely on multi-cultural, cross-cultural, multi-ethnic issues. It aims to capture “the image behind the image”, i.e, to capture life as it is. It aims to fill the airwaves with a sound that is a unique combination of music, news and personality. Open Radio is open to all the sounds, colors and vibrations of the universe. It is here and now!’…

“This was what we were aiming at: To be the voice of the voiceless, to be integral in discourse and deed, and to always establish the ethical and aesthetic integrity, as the late great intellectual dissident Hrant Dink delivered in his message to Açık Radio during the first listener-support drive 17 years ago.

“And on our 27th broadcast year let us commemorate our mission statement once more: Our mission is to broadcast on the world's most urgent and important ecological, political, sociological, ethical and aesthetic issues, constantly adhering to the principles and values of urgency and fairness, and thereby creating change for the common good.”