Local activism at the heart of fight against 'global heating'

Local activism at the heart of fight against 'global heating' 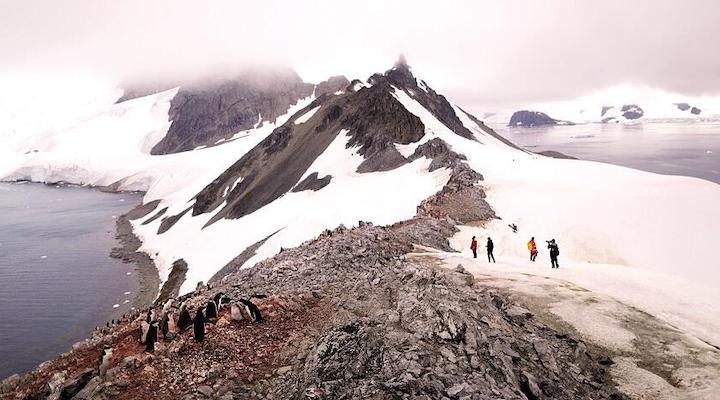 Local activists are leading legendary struggles on the climate crisis, and local activism forms the heart of the fight against global heating, according to Ömer Madra, the founder of Açık Radyo (Open Radio).

An independent media outlet has been incremental in not just raising awareness but also fighting the denialists, said Madra, who is among the very first in Turkey to draw attention to climate change.

Turkey continues to face loss of life due to natural disasters. A recent deadly avalanche in Turkey’s east last week was followed by news of floods in the country’s south. Compared to the past, however, awareness among the public that these disasters are related to climate change seems to be much higher.  What is your opinion?

Absolutely. I can gather that from the feedback we receive from the listeners. In fact, we can feel that in the rise of the (financial) contributions from our listeners.

No doubt, there are still some who continue to tell us, “Can’t you talk about other issues. Can’t you stop depressing us so much.”

But we were the first ones to use the concept “climate crisis,” and in the course of the 20 some years that we have been talking about it, we have seen awareness levels going up consistently.

But the challenge is not limited to creating awareness. It is also about a struggle against denialists. In a prediction that now makes me say I wish I had not said it, in autumn I had said that we will be seeing devastating fires.

More than one billion animals burned in Australia and Prime Minister Scott Morison is still claiming that the fires have nothing to do with climate change. That’s because Australia is one of the biggest exporters of coal.

Two weeks ago, carbon dioxide (Co2) levels reached the highest in 800,000 years, denialism still continues. In Turkey as well, people say, “You are talking about global warming, but look it snowed.”

I assume when you first started to talk about it there must have been only a handful of people believing you.

Indeed; it goes back to 30 years. Bill McKibben published in 1989 his book “The End of Nature,” which was one of the first books to introduce the concept of global warming in a way that the public can understand easily. I was working in a newspaper and my editor at that time gave me the book. I read it a year later with great astonishment and ever since then and the establishment of Açık Radyo (Open Radio), I have been talking about it. But there is definitely a huge difference in the public awareness, compared to these days. There were three groups however, one that says, “There is not much to do, let’s just get on with our lives.” Another group takes it too serious, but says, “Let’s not get demoralized, let’s talk about some other stuff.” And the third group would think I overexaggerate. Currently no one tells me I overexaggerate. On the contrary, especially the intellectuals in my closest circles who were skeptical say this is serious and they say, “You told us in the past.”

This year you are celebrating the 25th year of Açık Radyo. Is there a correlation between the initiative to found a different type of a media outlet and your climate activism?

The motto is “Open Radio is open to all the sounds, colors and vibrations of the universe.” We have to be the voice of the voiceless. According to environmentalist author George Monbiot the most fundamental feeling in the world is justice and the biggest problem that global heating (we now use the concept global heating instead of warming, because it is manmade) is the fact that it gives way to a huge injustice. And the biggest injustice is to make the next generations, victims of our wrongdoings, to tell them, “Sorry we consumed the wonders of the world before you.”

When you set in the road in 1995, what made you think you could achieve to be the voice of the voiceless?

The key was to be independent. Açık Radyo was founded as a private company as required by the law, but it functions as a not-for-profit media organization. It is a collective; it has more than 62 partners. It is not dependent on any interest group or any capital group. With very few exceptions, the programmers work on a voluntary basis. I have a great admiration for [American journalist and founder of Democracy Now] Amy Goodman. When I met her in 2013 and she had told me, “You could not talk about global heating unless you are independent.”

And ever since Açık Radyo went on air it has been the most important media outlet to talk about climate change.

I believe we can say the same thing in terms of being the voice of peace. During the days leading to the (U.S.) invasion of Iraq, I was the only one invited to speak, and I kept saying this is nonsense. But in the course of the past one-and-a-half years something very important has taken place. A young girl raised her voice and a-year-and-two months later 7.5 million people throughout the world, including Turkey, took to the streets.

Greta Thunberg (from Sweden) came as an answer to those who said, “What can I do by myself,” or to those who said, “It’s already too late; there is nothing I can do from now on.” And there are those other who say, “I just don’t have the guts to deal with these types of things.” Greta continued persistently.

So, tell us what makes you optimistic and pessimistic when you look at the struggle against global heating?

What makes me optimistic is the women’s movement. The women’s movement is vital. It was actually a woman scientist, Eunice Newton Foote, who first talked about the warming effect of CO2 emissions in 1856. She was also a women’s rights activist. Today we have Greta. In between we have Rosa Luxemburg, who said the only way for a democratic revolution to reverse injustices is a general strike. We have Rachel Carson who, in her 1962 book “Silent Spring,” drew attention to the hazards of pesticides. We have Jane Fonda, who was against the Vietnam War and spent her 82nd birthday last year under arrest. She said she was inspired by Greta.

Do you think you receive a proper feedback when you use this motto in Turkey?

Definitely. There is currently tremendous opposition to some huge projects that will be dangerous for the environment. Look at the debates surrounding the Canal Istanbul project.

You claim to be the voice of the voiceless, and in your broadcasts, you give a lot of airtime to the local activists’ environmental struggles in different parts of Turkey.

Indeed, local activism is also something that makes me hopeful, it is at the heart of the fight on climate crisis. Look at the accomplishment made in Kaz Mountains (Mount Ida in Turkey’s northwestern province of Çanakkale where there are gold mines). The resistance in Cerattepe (in Black Sea province) against major copper mine project was legendary. It has been going on for 25 years. There were defeats of course like the ones in Bergama (in the western province of İzmir in late 1990’s).

But local activism is one of the important legs of the formula that I have had voiced in the past: The three Y’s in the fight on climate change: Yerel (local) Yatay (horizontal, not vertical) and Yavaş (slow, no resort to violence). I think that formula is still valid.

WHO IS ÖMER MADRA?

Ömer Madra is the founder and the editor-in-chief of Açık Radyo (Open Radio).

Born in 1945, he graduated in 1968 from Political Science Faculty in Ankara, where he continued his academic career until 1982 in the field of human rights law. After resigning from the university, he worked as a journalist between 1982 and 1994.

He currently hosts a morning Show on weekdays called “open journal,” on Açık Radyo, which he founded in 1995.

He is the author of several books, including the “European Convention on Human Rights and the Right of Individual Petition,” “Migrant Workers and International Law” and “Global Warming and Climate Crisis: Why We Can’t Wait Any Longer.” 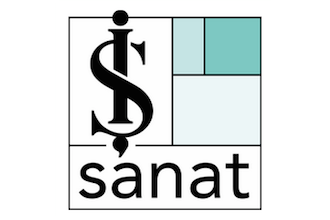